Berne - Then and Now

From Berne, NY - a Helderberg Hilltown
Jump to: navigation, search
Berne - Then and Now

This page is a series of images of buildings and locations in Berne comparing and old photo with a current image of the same scene; ideally taken from the exact same spot - but then how often is life ideal? 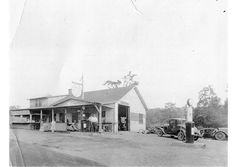 Northrup's Garage; from the collection of Willard Osterhout 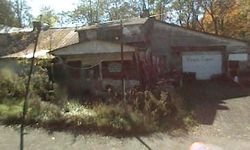 There is a separate page for each town. This would be a great idea for a "coffee table" book! Here links to the other town pages:

Here are some more "Then" photos from various sources, including the Berne Historical Society, that might be suitable of accompanying "Now" photos. In some cases the buildings are gone, but in which case a "Now" photo of the site makes a strong statement about the loss of our heritage.

Brate's Hotel was located on Cass Hill Rd. at the junction with Duck Hill Road. Portions of the hotel can still be seen in the woods. The builders and operators were Charles Brate and his wife Nancy Smith Brate.

This is the home of the Fred Tubbs family on West Mountain. It is now part of Partridge Run State Wildlife Management Area in the vicinity of Tubbs Pond. Marty's father, Raymond J Duell, the baby in the picture was born May 1915 so picture date is about 1916.

In the second photo, Martin Duell's son Matt is standing right in front of where the house of Fred Tubb's and the well use to be. The well is still there but covered with stone. Martin says, "You won't see the well but that is were Matt is standing. If I didn't know were it was no one would fnd it. Its all trees now and flat. Way back I would sit with my feet over the foundation. The well is there but covered with rock which can be moved to see it wasn't very deep about 8 feet."

West Mountain Methodist-Episcopal Church was started early in the 19th C. The present building was built 1888.

Northrup's Garage stands abandoned and appears much like the 2008 picture. A new picture will be added soon. (Eric Chamberlain)

Rest Seeker's Inn was torn down in 2008. The wing on the right was perhaps the oldest existing building in East Berne at the time the building was torn down.

St. Mary's of the Lake Catholic Church, constructed in 1916, was only used in the summer months when the people from below the hill filled the cottages and resorts at the lake. It was closed in 1960 when the St. Bernadette's Catholic Church was opened in the hamlet of Berne. The building was sold to the East Berne Fire Department in 1966. John and Vicki Crosier purchased it next and it became Crosier's Reality.

Going from east to west on Heldererg Trail

1136 Helderberg Trail, current home of Ralph and Jan Miller, Lot 564. The house was probably built by Christopher Zeh, with the one story wing of the house built on the left before 1854, and the main two story house with basement built between 1855 and 1865.

Where have all the porches gone? long time passing.

Where have all the porches gone, long time ago

1603 Helderberg Trail, The Thomas Hayes House, was built ca. 1842 for him and his wife, Mary Curran, who earlier had lived on Irish Hill. This was the site of the large home of Peter Weidman, son of early settler, Jacob Weidman who original home was also on the same site.

1616 Helderberg Trail (above corner Routes 156 and 443) The Almerin Hubbell House was built ca. 1800 for him and his bride, Maria Weidman, dau. of Peter Weidman who lived across the street to the south.

Where this building was, along the Foxenkill on the east side of the falls in the hamlet of Berne, is now a parking lot.

The Daniel Simmons House, 7 Truax Lane, was built ca. 1825 by Daniel Simmons, founder of the Simmons Axe Factory below the falls in the hamlet of Berne.

1616 Helderberg Trail. The building to the left in the old photo was covered parking on the lower level and a community hall above for dances and theater productions. Now a parking lot. The building to the right is on across the bridge on the south side of Fox Creek. Like so many buildings in the center of the hamlet, it burned some fifty 60 or so years ago. The old hotel is now broken up into four apartments. At least it still stands.

1628 Helderberg Trail, the Shultes and Adams Store is said to have been built in 1802. The building to the left in the old photo is the Lyons and Tompkins Store shown below.

To the left is Fox Creek. To the right is the old Shultes and Adams Store

Berne mill pond dam is to the east on Fox Creek as you cross the bridge in the center of the hamlet of Berne.

It is almost difficult to believe this is the same historic store that was Settle's Store, one of the earliest stores in the hamlet of Berne and the only one in more or less continuous operation as a store. The upstairs was once a meeting hall. The roof has since been raised and it is now an apartment. This shows how modernization by adding picture windows to an historic building can destroy the historic look completely.

Deitz's Store building, at one time the Berne Post Office. In the background to the right is Settle's Store

The Zeh House is the third house on the east side of the road south of the bridge in the hamlet of Berne. It is at the intersection of Irish Hill Road with Helderberg Trail.

The World War II Honor Roll in the hamlet of Berne was originally at the intersection of Helderberg Trail and Irish Hill Road in front of the building above. It was recently rebuilt at the Berne Town Park. Look at what a sorry sight the old site has become. Hopefully the new site has more landscaping then two bushes.

The Charles E. Deitz House was reportedly built about 1880. It is at 1659 Helderberg Trail.

The House of Dr. Deitz

1662 Helderberg Trail, the beautiful old home of Dr. Wallace E. Deitz. And look! There is Dr. Deitz, now, in his brand new car with his old wife and two dogs. Don't you just love her hat!

The small building as served many functions since it was built

1671 Helderberg Trail, the old Berne Fire House built 1939, was sold after the new one was built on the western edge of the hamlet. The building is now an apartment house.

Current home of Jim Hamilton, 2216 Switzkill Road, Lot 594. Then photos are scans of photocopies provided to current owners by Cheryl (Schoonmaker) Furman who is probably the young girl in the 1966 photo.

1878 the Berne and Knox Cheese Factory Association built a cheese factory nearby on land given them by Thomas J. Wood on the flats below the Hamlet of Berne. FIRST IN TOWN OF BERNE BUILT IN 1878 AND MADE 495 POUNDS IN A SINGLE DAY. On November 16, 1907 the cheese factory and fixtures were sold at public auction. Then photo courtesy of Will Osterhout. Click on the image two or three times to enlarge it. There is incredible detail. This photo was developed from a glass negative ca. 1908. It shows the building of the State Road from Berne to Knox with the Cheese Factory in the background and temporary housing for the road workers to the side of it.