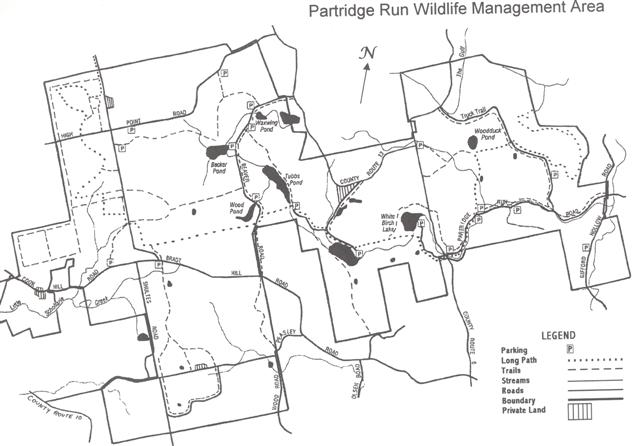 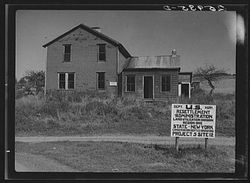 Farmhouse on land use project

Most of the farms on West Mountain were bought by the Resettlement Administration in the 1930's. Many farms had already been abandoned due to repeated cropping with buckwheat, barley and rye. Soil erosion was commonplace. Much of the land, up to 80% had been deforested for farming. Federal money was used to purchase the unproductive farmland for just 2 to 4 dollars per acre. The government helped to move many of the farm families to other areas.

However, several farms remained in the possession of the farmers. A few of these included the William D. Wood farm, the Crosby farm (Lot 401), Peasley farm, and the Sherbin farm. Katie Wood, wife of William D. was approached by the Resettlement Administration during the 1930's and asked to sell her farm, to which as history tells, she answered with a solid 'No".

One of the last farmers was Ellery Shufelt.

In the early 1940's, the Federal government granted the NYS Conservation Department a 99 year lease for what is now much of the Partridge Run Wildlife Management Area. The sum of $1.00 was the price for the lease, with three purposes stated for the land, forestry, wildlife and recreation. Over the next 20 years the total land accumulation through the Dept. of the Interior and the Division of Lands and Forests brought the total acreage to 5,478.

Partridge Run SWMA has been improved with hiking trails, and parking lots and is available for birdwatching, cross-county skiing, snowshoeing, hunting, fishing and trapping. Over 40 miles of old CCC fire roads, single track and double track trails. Hunting is allowed here in all seasons for different species of game, check with the NYSDEC (518-357-2067) for seasons and dates. Take a GPS along here, since the network of trails here is not well marked and it is a very large area to cover.

At an elevation of 1800-2000 feet Partridge Run tends to get more snow and hold it longer than in Albany which is at about 300 feet. There's a very nice 7-8 mile ski loop with some challenging hills. Nothing is groomed here and it's more like back country skiing

Partridge Run and Cole Hill State Forest are units in the Helderbergs Management Area of the NYS Department of Environmental Conservation.

This WMA is located on West Mountain in the Town of Berne.

While in the Area

Nearby places to visit while in the area:

In the 19th and first couple of decades of the 20th Century, West Mountain was heavily settled. Here are some easily accessible historic cemeteries within or near the boundaries of Partridge Run that folks might want to visit while they are in the vicinity: