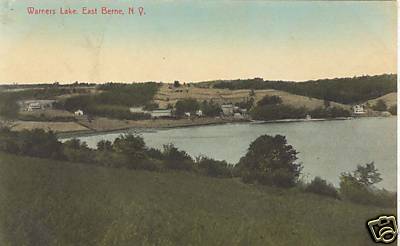 Warner's Lake refers to the lake and surrounding community in the north central part of the town near East Berne.

Learn more about Warner’s Lake and surrounding areas in a book entitled Life Along the Way on Route 43 available at local libraries.

Sections of the lake

The Warner Family Burying Groundis the burial ground for the Warner family for which the Lake is named.