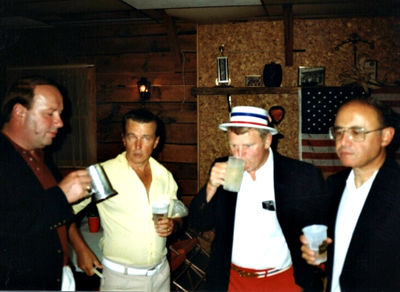 The theme for the Dinner Dance held at the Plank Roader's club house in Knox, was Patriotic and guests were encouraged to wear Red, White and Blue. Zeb achieved the look with red pants, white shirt, blue sports jacket and topped it all off with a wonderful red, white and blue fedora. The WLIA dinner dance was held for several years at the Plank Roader's club house in Knox. The compilation of pictures came from the collection of Bernie Nagengast and were posted by Willard Osterhout.