Minnie L. Gaige was born June 30, 1906, the daughter of Willard Gaige and Cora B. Schoolcraft[1] or Cora Tompkins (in obituary.) Her brothers and sisters were: 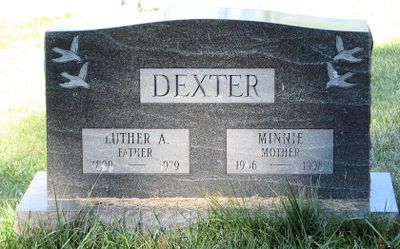 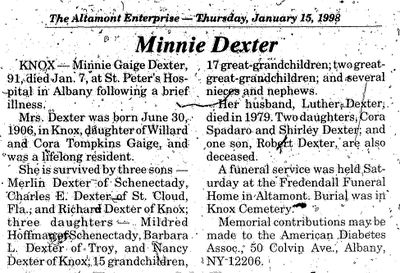 Mrs. Dexter was born June 30, 1906 in Khox, daughter of Willard and Cora Tompkins Gaige and was a lifelong resident.

A funeral service was held Saturday at the Fredendall Funeral Home in Altamont. Burial was in the Knox Cemetery.

Memorial contributions may be made to the American Diabetes Assoc; 50 Colvin Ave. Albany, NY 12206