Difference between revisions of "Gathen, David" 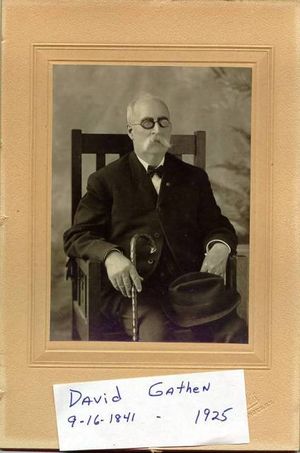 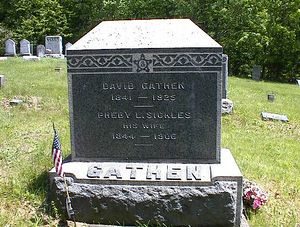 6 February, Friday - George Warner (G), Went up to the river on a foraging expedition with 4 Co. C men, Joel Willson, David Gathan, Hempstreet and Folka. They went up 5 miles to a large plantation after chickens. The Negroes broke open the hen roost and were getting the chickens out when the overseer came to the door and fired at them. He hit David Gathan in the face and wounded him bad. They carried him about a mile to a Negro House and sent for the doctor, but none came. Lieutenants Bronson and Lintener from Co. C came up with a wagon, and Gathan was taken to the camp hospital. David Gathen of Rensselaerville was a 22 year old Private of Company C when he was shot in the face and blinded in both eyes at Bonnet Carré. He mustered out with the company on September 10, 1863 at Albany, NY.