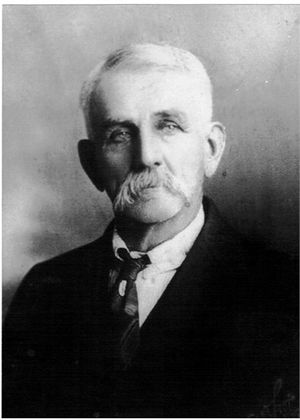 In the 1865 NY State Census taken in early June, William was recorded by his parents as a soldier, who was still in the army and his occupation was listed as a farmer.[3] 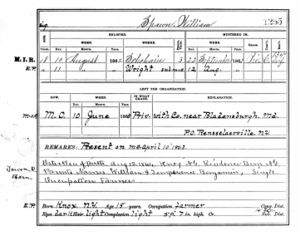 NOTE: I believe there is some confusion below about William Spawn, Jr., and his father.

He was counted in the 1890 Veterans Schedule in Lake County, South Dakota.


Reference: from Sharon Spawn Taylor of Wyoming from correspondence in February, 1999......
"The obituary states that he was born in Albany Co., NY, August 14, 1842 and died at Hot Springs, SD on May 20, 1929.
He was a Civil War Vet and a pioneer who homesteaded in eastern Minnehaha Co. about 52 years ago. (1929).
He resided in Moody Co. some years ago and during that interim he won the respect and friendship of his neighbors.
He was a member of the Joe Hooker post No. 10 of the G.A.R. of Sioux Falls.
Mr. Spawn had served three years in the Civil War in the 134th New York State Infantry. Company C. He was injured during the war. A bullet just grazed his forehead. A scar he carried his whole life.
At the termination of the war he moved to Illinois and later to a place 11 mile east of Sioux Falls from which he later moved to Lake County.
Previous to his residence at the Old Soldiers Home which commenced last august he lived with his sister (his daughter) Mrs. Orpha Hoffman of Bison, S.D. He also spent some time near Spokane, WA. He leaves to mourn his departure seven children, Mrs. Frank Hebner of Colman; James of Eagle Butte, S.D.; Mrs. Clarence Hoffman of Meadow SD; Burton of Yankton, SD; Miron of Colman; Fred of Faith, SD and James Lauglin of Bison, SD.
He also leaves one aged brother of Rockford, Illinois and 21 grandchildren.
Mrs. Spawn preceeded him in death eighteen years, having passed away 13, 1911, and his oldest son passed away on April 27, 1927 (Frank from 1st marriage).
The body was shipped to Colman and funeral services were conducted from the M.E. Church, Rev. Morrell officiating
Internment was in the Colman Cemetery. Those from away to attend the funeral were James Spawn, son of Herman and daughters, Helen and Dolores of Eagle Butte, SD; Fred Spawn of Faith, SD; Mrs. Andy Nelson, Storm Lake IA; Eddie Hebner, Sioux Falls, SD; Mr. and Mrs. Charles Spawn of Madison; Mr. and Mrs. Albert Spawn and Earl Spawn of Chester. She has a copy of death certificate, obituary and his Civil War Records"


Grandfather William Spawn, Jr., enlisted in the Union Army during the Civil War. There he served three years. After that he moved to Pomeroy, Iowa, and farmed. Four years later he moved to Kansas City, Missouri, where he married Emma Deloris Behan. They had one son Franklin Charles. They divorced when Franklin was 18 months old.
He then went to Coleman, South Dakota, where he married Mary Thomas. They had seven children. married Mary Thomas March 26, 1876 found in the Mormon Record #810906 Loudonville, N.Y. (son's birth) according to 6/25/98 correspondence from Morris O. Spawn.