Bell's Store was located in Medusa and was owned and operated by Ernest Bell who lived there since 1931. Bell had previously operated it as the "Medusa Store" for Lawrence H. Powell who had a store in Norton Hill. Bell and Powell later went into partnership together until 1946 when he took over as the sole owner. The post office was located in the rear of the store where Ruth Bell, Ernest's wife, was postmaster. The store was still open in 1977.[1]. 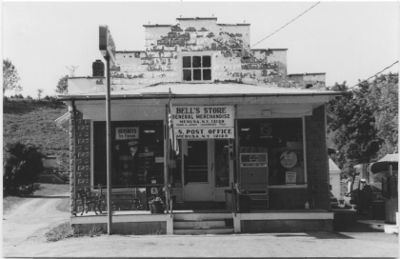