From Knox, NY - a Helderberg Hilltown
Knox School District No. 12
Jump to navigation Jump to search

The school of District No. 12, according to Hattie Barber, was known as the Van Benschoten School because the site for the building was donated by John Van Benschoten. Ina Lendrum Beebe remembers that her mother said that she was taken to the school during the 1890's by her teacher, Simeon Stevens, who stopped at the house for her. Apparently, the school was built before 1886 inasmuch as Tenney and Howell report statistics for that year: 22 children of school age, 10 children enrolled, and an average attendance of four. The school was valued at $400 and its library contained 78 books.

After the district was incorporated into the Berne-Knox system, the schoolhouse of District 12 was moved to the Altamont Fairgrounds where it continues to perpetuate the memory and the substance of the one-room school 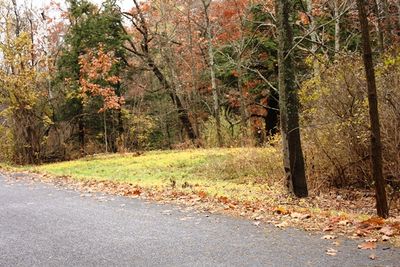 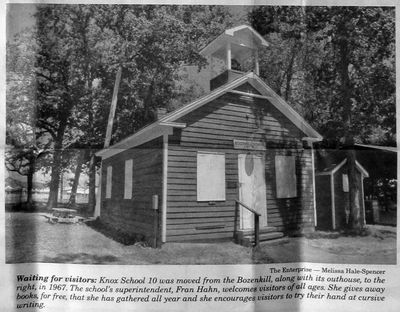 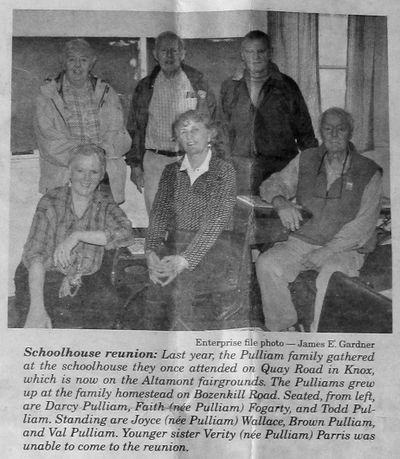