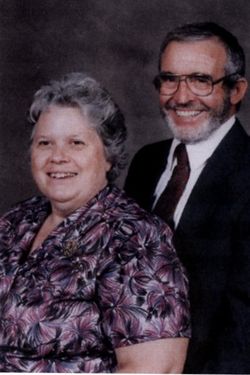 When we were growing up, we were only allowed to go into the mill in East Berne, if we were with our father. My mother believed it was full of all sorts of machinery that would cause us harm. I believe the mill operator at that time was Ed Filkins, Art Filkins brother. I can still see him turning the big metal wheel wrapped in twine, to open the flume gate, that let the water run down the mill ditch. You could feel the building shake when this happened.

Wagner's Hotel was located in East Berne, but it was known as Stacks then, but it eventually burned down.

Jay and Lydia Engle had a place on Warner’s Lake. Jay was a rather peculiar sort. One time he kept a baby alligator in a wash tub in his store. He was also known for the pet bear he raised. The bear learned to drink soda from a bottle, and many times would wrestle with Jay. Marvin Zimmer, Wilmas stepfather, would tell how he would help Jay walk the bear up what is now Craig Lane, to the barn at the end of the road. There the bear could hibernate in the hay for the winter. Wilma recalls her stepsister, Gladys Zimmer, working for the Engles during the summer, and she was instructed not to serve anyone who she knew to be Catholic.

Getting back to the mill, when Ted and I were little, our job was to hold the sacks open while our brother Bill filled them with oats and buckwheat, to be taken to the mill to be ground. One thing you always remembered, if you ground 6 bags of oats, it would fill 7 bags, so you would take extra bags with you, my father would always say,”make sure we have an extra bag for the swell”. In the winter time, we would take the Bobsled to the mill, if Ted and I helped load the bags, we would get to ride to the mill. This was a big deal to us kids. When we were returning home, and were just about where Paul Giebitz house is now, Bill stopped the sled and told us we would have to get off and walk for a while, as the extra bags of grain would be to much for the horses to pull up the hill . We were able to jump off, as the sled was moving very slowly at the time, then Bill slapped the horses on the rump with the reins and they took off up the road with Ted and I running screaming behind them. I can still see Bill rolling around on the seat laughing, but he eventually stopped and let us get back on.

I went to the one room Hungerford school on Old Stage Rd. The winter before I started school, the snow was so deep they closed the school and classes were held at my house, in the other side of the building. You might say I got a head start on first grade. Many times in the spring, the road between Grover Clevelands and Pat Stemples, would flood over from the swamp. This might last for a couple of weeks, depending on the weather. The road was passable for cars and wagons, but awfully wet for someone walking to school. I remember my brother Bill carrying my sisters and myself across so we would be dry for school. My brother had a pair of rubber boots at the time. The teacher at that time was Evelyn Rinestein, who later married J.D.Lockwood.

Wilma remembers her two sisters working for Grace Strevell, at the boarding house where Rockmores live now. The hired help used to sleep in bedrooms in the attic and it would get so hot they would get up and go swimming in the middle of the night.

Ted and I used to go over and play with Carl and Bob Warner. Carl used to borrow cigarettes from his cousin Zeb. He would get 4 cigarettes and then we all would walk over across the road from Scholzs and up the hill. The canopy from the old steam launch Sarah Lee was there, and we would sit under it to smoke.

When I reached the age to go out, it was WWII, and gas was rationed. We had ration stamps for the farm equipment and for my father to go to work, but there was no gas for running around. So my social life at that time was very limited.

Chet Miller had a band called,”The Fox Creek Fiddlers”. There was Chet, Bill Willsey, Art Hemstead, Tony Yarmchuk, Harry Garry and my sister Floy Willsey, who played the piano. They played locally in Middleburgh and Schoharie and other places like the Foxenkill Lodge and Beaver Dam Hotel.

I remember when Wilma was expecting our second child, and of course the time came at 2am. That was during the time that local telephone offices were run by real live operators. I picked up the phone and the operator came on and said,”time to go”, I answered yes. She continued, I will call Wilmas Mother so she can come to the house to babysit, and do you have enough gas to get to the hospital, I replied I wasn’t sure, so she said she would call John Crosier so he could be out at his gas pump when I stopped there. Then she connected Wilma with the doctor. The only thing I did was pick up the phone, the operator took care of all the rest. The operator at that time was Peg Fein senior, I don’t want to call her old Peg. The post office building at that time was located on the end of the house were Sonny and Sylvia Filkins live now. Many mornings Peg was seen crossing the road in her bathrobe and slippers to Brownells general store for her morning coffee and donuts.