George Todd was born in England about 1839. 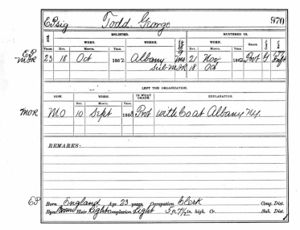 Note enough information to determine which George Todd enlisted in Knox (or Albany). No George Todd ever lived in Albany County that is close to his age or birth location.

George Todd is mentioned in the Diaries of George H. Warner, a soldier from Berne who was in the 177th NY Infantry.