Andrew was born in Berne on March 21, 1812, a son of Simon Secor and Catherine Tygert. His siblings were:

He married at about 1830, Julia Ann Bronk who was born in Berne on June 20, 1814, a daughter of William Bronk and Heletje Pier[1]. They had the following children:

Andrew Secor must have lied about his age to enlist - or we have another Andrew on our hands. 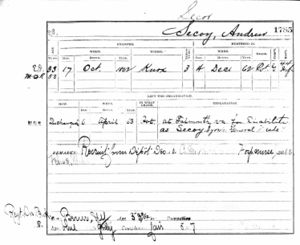 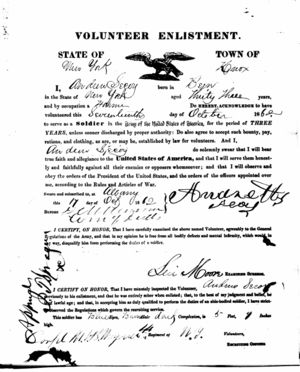 The funeral of Mrs. Andrew Secor, aged 84 years, was largely attended, Tuesday. She leaves six children and a large circle of friends.