Difference between revisions of "Lounsbury, Salina" 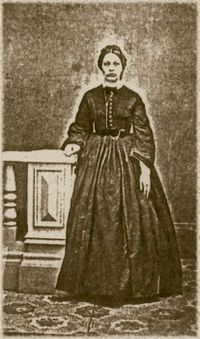 Salina married Salem M. Tallman, a son of Jonathan Tallman and Caroline Bouton on February 14, 1866.[4] About a year and a half later, in 1867, Salem and Salina had their only child, Fletcher D. Tallman.[2]

Salina died on January 12, 1868,[5] in Rensselaerville, at 30 years of age from complications from childbirth of her son, Fletcher, 20 days earlier. She was buried in Medusa Cemetery in Medusa.