Rensselaerville during the Revolutionary War 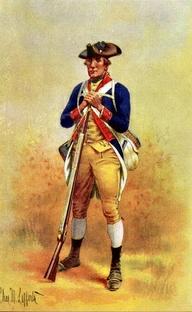 As late as the year 1767, a map of Rensselerwyck shows no settlers on the site of the future Rensselaerville, the country being unpopulated except to the roaming tribes of Indians from Stockbridge and Schoharie...There were other pre-revolutionary settlers of this district whose names have come down to us, commerated in many instances by New York State Historical Markers. But to no great extent was the country populated; no deliberate movement made to open up the acreage of Rensselaerwyck that lay beyond the Helderberg till the close of the American Revolution. (Old Rensselaerville - Mary Fisher Torrance)


Men who served in the Militia