About 1/8 mile southwest of the house in the edge of the woods is the grave of a grown person with tall head and foot stones.

27. On the old Barent Lewis Farm, now Peter VanBuren, 300 feet east of the D & H Railroad bridge, twenty stones are enclosed by a stone wall fence. (Across from Dexter's--Bozenkill Road)

One stone marked A. W.

28. On the farm of Billespie Lawyer, about 400 feet west of the house of the late Charles Seabury on the south side of the road are nine stones. (Now the property of Dees) 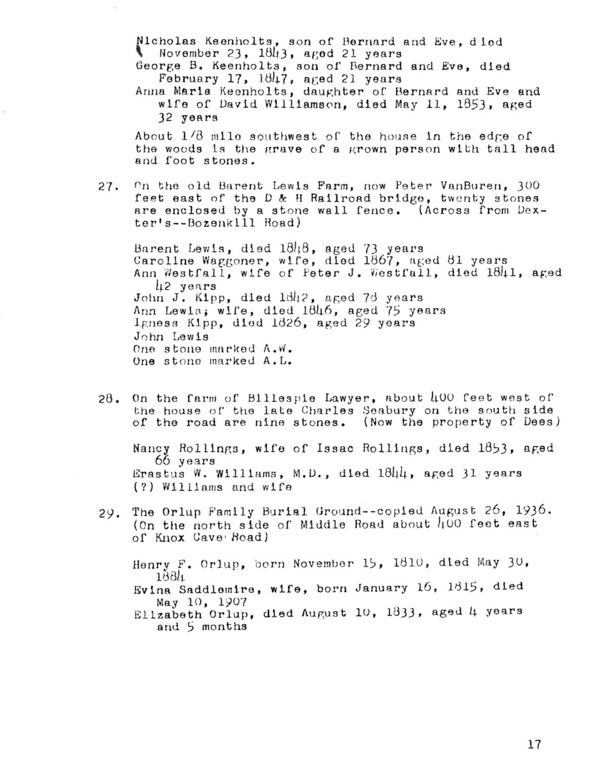