One stone marked with symbols

22. On the old. Wiliiamson farm, now the Gage farm, north- east of Lee's Church, about 400 feet north or the road leading to Bozenkill Hollow and on the west bank of a ravine a few feet west of the old red house. (Now the property of Murphy)

There are eight gravestones here without inscriptions. (Oct. 31, 1936)

23. On the old Quackenbush farm on the road leading east from Lee's Church and about 1000 feet north of the barn along an old stone wall fence. This graveyard is enclosed by a low stone wall fence. Fourteen stones ore visible, nine of which are common field stones, four of them adults and five of them are children. The following have white stones. (On Craven Road-- now the property of Price)

(Erected by Michael Lee and Jane Quackenbush. She was a daughter of Michael Lainhart of Dunnsville.) 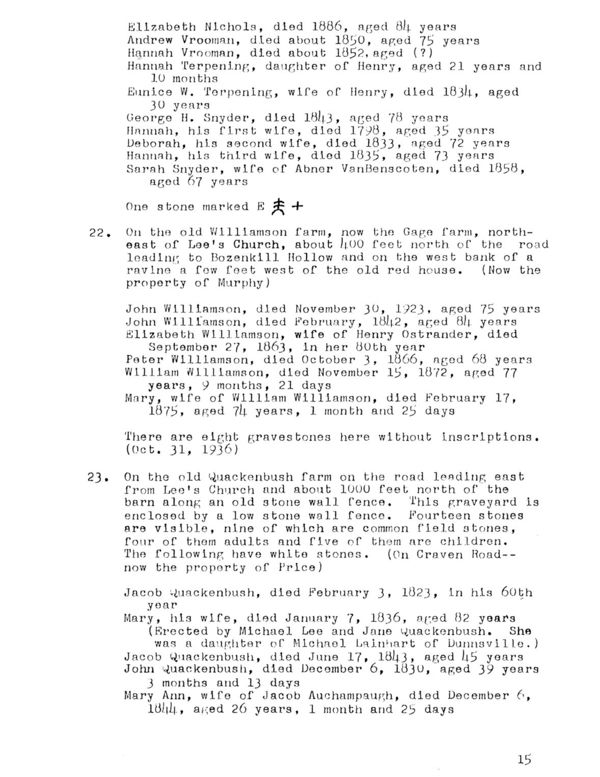