The information in entries numbers 18-29 was taken from a list compiled by William A. Brinkman, Guilderland Town Historian, entitled A MEMORIAL—RECORDS OF EARLY BURIAL PLACES ON THE FARMS IN THE TOWN OF GUILDERLAND, NEW YORK AND SURROUNDING TOWNS, dated 1940.

We have added information regarding locations of the sites and other pertinent notes.

18. On the old Brunk Farm, now (1932) the Ketcham Farm, at the head of the Indian Ladder Road, there are thirty graves with field stones with no inscriptions and five with inscriptions. (This site no longer exists.)

Several field stones with no inscriptions mark graves along the stone wall fence.

20. On the old Ostrander Farm south of the Bozenkill Creek. (Approximateiy 1 mile off Bozenkili Road on Ostrander Road) 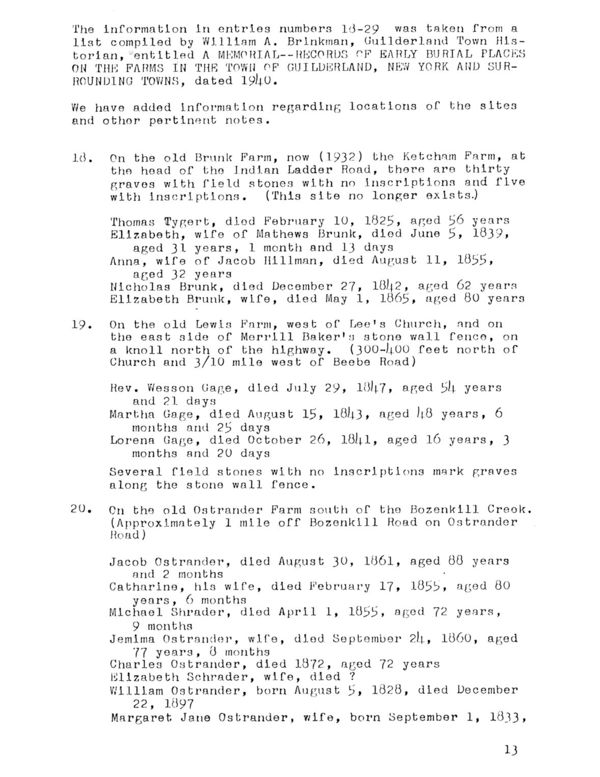