From Knox, NY - a Helderberg Hilltown
Lot 594
Jump to navigation Jump to search 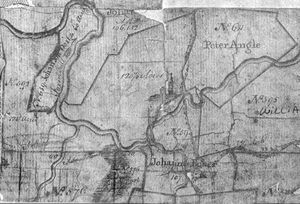 > 1844 - After Shafer’s wife died in 1844 he continued to live here, sharing the house with his nephew William Shafer and family.

The Shafer Family Burying Ground is north on Switzkill Road on the left side of the road on the bank of the Foxenkill.