From Knox, NY - a Helderberg Hilltown
Knox School District No. 1
Jump to navigation Jump to search 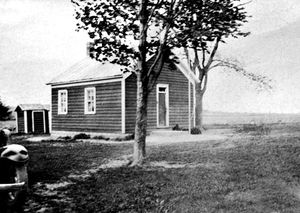 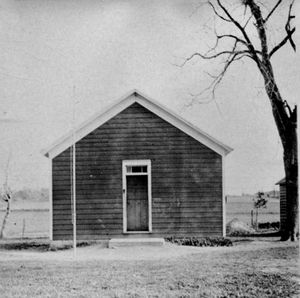 Knox School District No. 1 was located on what is now Rock Road. It served until 1932 when the Berne-Knox-Westerlo Central School opened in Berne.

In District 1 which was located on what is now Rock Road, there was one teacher in 1886. There were 52 children of school age within the district , but only 42 actually attended during the year with an average daily attendance of about 15. The frame of the school was valued at $300. During World War I, Howard Shultes and Manford Bassler were the trustees, and Clyde Ball served as teacher with a salary of $15 per week. Among other teachers in the district were Helen Schoolcraft, Sara Schoonmaker, and Jennie Becker. In 1932, the children were transferred to the Berne-Knox Central School and the schoolhouse was sold. It was subsequently converted to a dwelling, and is now [1972] owned by James Blyth.