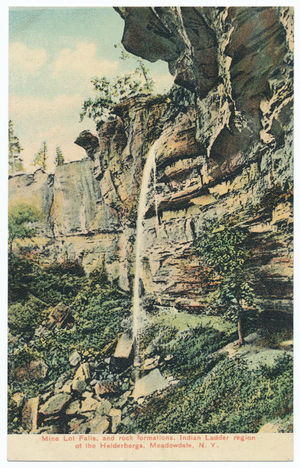 Helderberg is a corruption of the Dutch word Helleberg or Hellebergh, meaning “bright mountain” or “clear mountain.” The name referred to not only the escarpment itself but at one time to the area above the escarpment which is now part of the Town of Knox; later it became the popular name for the community below the mountain that became Altamont.