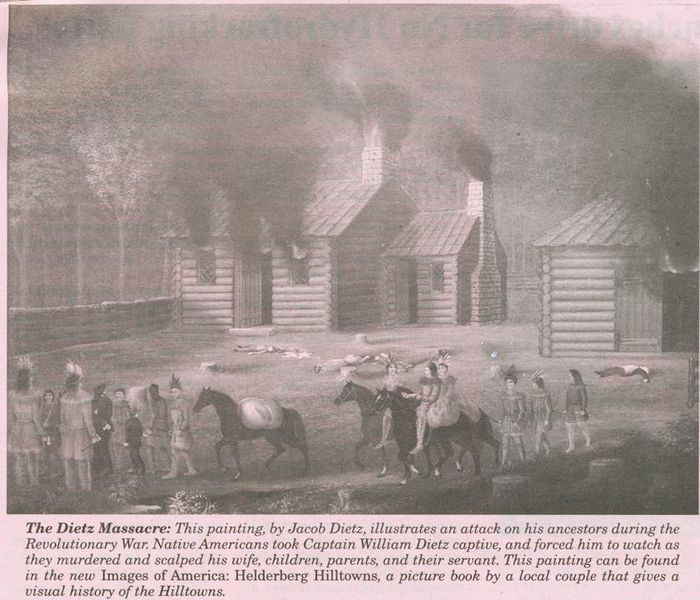 The Dietz Massacre.- This painting, by Jacob Dietz, illustrates an attack on his ancestors during the Revolutionary War Native Americans took Captain William Dietz captive, and forced him to watch as they murdered and scalped his wife, children, parents, and their servant. This painting can be found in the new Images of America: Helderberg Hilltowns, a picture book by a local couple that gives a visual history of Hilltowns. - Altamont Enterprise Article on Helderberg Hilltowns Book - July 12, 2012

Click on a date/time to view the file as it appeared at that time.

You cannot overwrite this file.

The following page uses this file:

This file contains additional information, probably added from the digital camera or scanner used to create or digitize it.

If the file has been modified from its original state, some details may not fully reflect the modified file.