He was a farmer 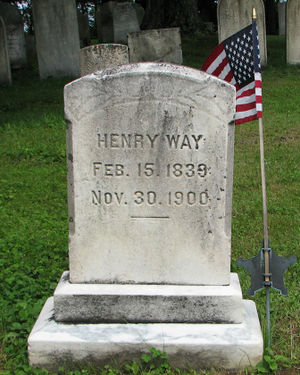 [Note: The Henry Way who enlisted in Utica has a home town of Frankfort, NY on his application. Henry of Knox has a Civil War marker by his grave, but no record that I can find.]


Additional information needs to be found.