Jacob Van Benscoten (Jacob Vanbunschoten) was born in Knox, Albany County, NY on April 4, 1842.[1] His surname was also spelled as Van Benschoten.[1] He was the son of John and Maria Townsend Van Benscoten.

Before he served during the Civil War, Jacob worked as a harness maker.[1] Later he was a carriage manufacturer.[2] 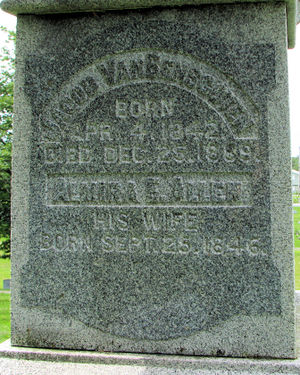 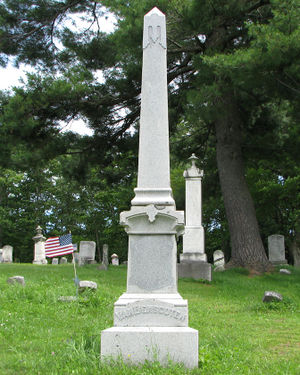 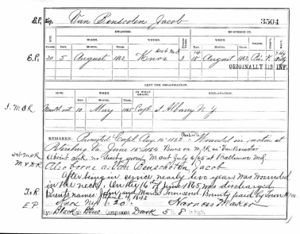 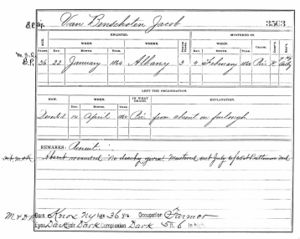 Lloyd Van Benscoten of New York city spent a few days at the home of his mother, Mrs. Almira Van Benscoten, recently. Mr. Van Benscoten has a studio at 18 West 38th street, where he does commercial art work for some of the large publications of the metropolis.

The Carriage Factory resumed active operations for another season's work this week. Mr. Warner has associated with him. A. J. Van Benscoten, a son of the late Jacob Van Benscoten.

Mrs. Almira Allen, wife of the late Jacob Van Benscoten, of Altamont. died in Schenectady Thursday May 15th, aged 82 years. The funeral service will he held at Fredendall funeral parlors Sunday afternoon at 2:30 o'clock. Burial will be at Knox cemetery. Mrs. Van Benscoten is survived by two sons, Allen of Watertown and Lloyd of Altamont.