LeRoy Stewart was born Saturday March 08, 1902, the son of William Stewart and Georgianna Rendo, and the grandson of Rendo, Frederick (B. 1856). His brother and sister were:

LeRoy Stewart married Lillian Riley (1903 - 1996). Lillian M. Riley was the daughter of Charlotte Riley and William Riley of Schenectady. From the census records, Milton Venderhoof was her unofficial step father. Their children were: 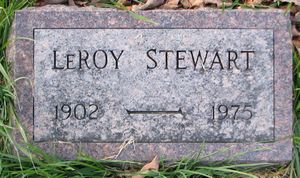 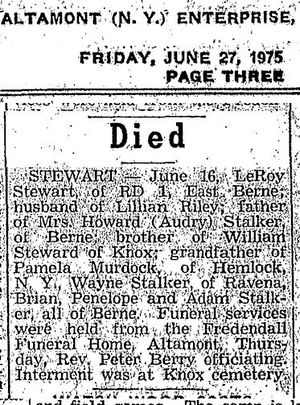 Pvt. Wallace Rendo, who has been spending a short furlough with friends here was a SUnday dinner with Mr. and Mrs. LeRoy Stewart.