William Smith was married Amy (Emily) and was survived by his wife and two daughters. His children were:[1] 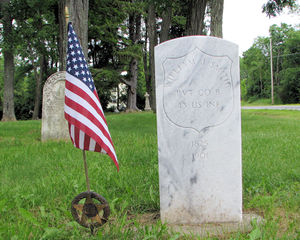 William J. Smith died at his home Friday morning, April 25, after an Illness of several weeks, aged 76 years. The funeral services were held from his late residence Sunday morning, Rev. Isaac Vanderpoel officiating. Interment in Lees cemetery. He is survived by a wife and two daughters.

William J. Smith was born and raised in Duanesburg. He came to Knox at about 1880. He was not a Hilltown soldier. 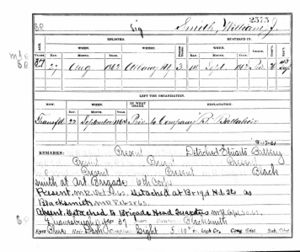