It is not now known whether he married. 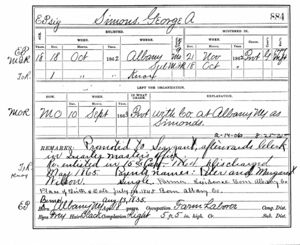 Berne: ROLL OF HONOR, WAR OF REBELLION. George A. Simons (Name only)