Stephen was born on November 22, 1915, a son of Bohemian immigrants, William and Mary Shedina.

After the death of his father, his mother, Mary, married Roman Przysiecki. Stephen's step siblings were:

Stephen married Elizabeth J. Kolb who was born and raised in Coeymans on October 7, 1950. Their children were:

He served in the Army from June 24, 1941-1945. He was a Medic, serving in Panama (Luzon, Aklan, Manila Negros, Panay) & the Philippines, New Guinea, S. Pacific @ Yellow Beach, New Ford Island. He was guarding the Panama canal when the Japanese bombed Pearl Harbor

He was a member of: Knox Reformed Church since 1951, the Hilltowns Senior Citizens, the Gallupville Grange # 893. Inactive member of the American Legion Post # 977, an original member of the Knox Volunteer Fire Department 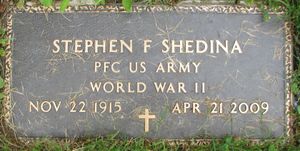 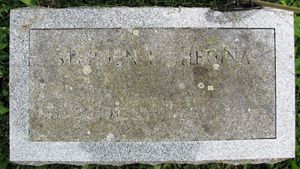 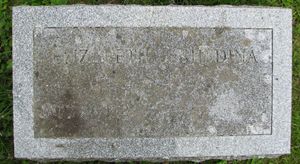 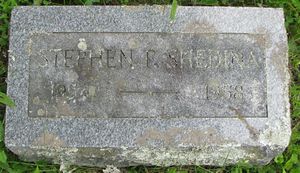 Thanksgiving guests of Elmer and Stephen Ogaard were Steve and Betty Shedina, Erica Ogaard, Melanie from Albany, and Wesley Simon of Texas and Rhode Island.

Wesley Simon is an ensign in the United States Navy. He had the privilege of presenting his grandfather, Stephen Shedina, with medals earned while serving in the Army during World War II. The Army had promised them but the medics never got the medals.

Wesley Simon spent a long weekend with the Ogaards and his grandparents.