John was born in Knox in 1843[1], a son of William S. Secor and Mary Toles. He was a brother to Charles Secor who also served in the Civil War. 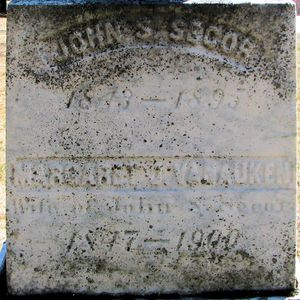 John was accidentally killed on March 16, 1895. He was buried at the Thompson’s Lake Rural Cemetery. 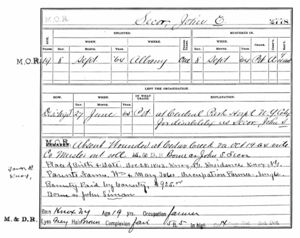 Knox - Simon John Secor, private. Ninth Artillery, Company A; enlisted September 6, and mustered September 12, 1864; after serving a little more than a month, he was wounded in the right leg at Cedar Creek, rendering amputation necessary, and was discharged for disability.