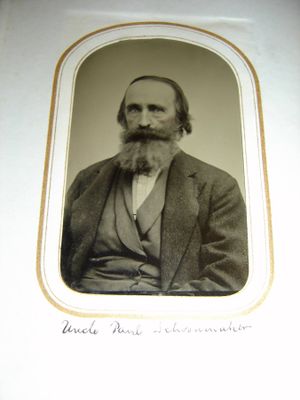 Paul Schoonmaker was born in Knox, Albany County, NY on March 15, 1842, a son of Samuel and Amanda Schoonmaker.

At about 1867, Paul married Elmira Brown who was born on July 25, 1841. They had the following known children:

Paul worked as a carpenter before his enlistment in th 7th Heavy Artillery Regiment.[1] 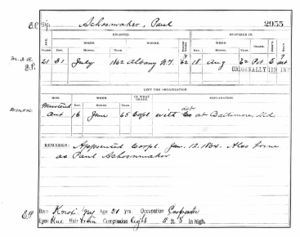