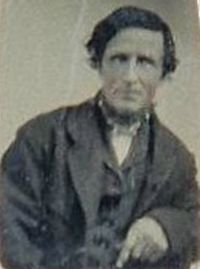 Robert Ball was born on January 9, 1809, probably on his father's, and grandfather's farm on Switzkill Road three miles south of the Hamlet of Berne on Lot 539 of the 1787 survey map. Robert's parents were John Peter Ball (Aug. 2, 1775 - Jan. 1862) and Elisabeth Bogardus who was baptized at the Reformed Dutch Church at Coxsackie, N.Y. His grandparents were George Ball and Elisabetha Dietz.

He was a farmer and a carpenter. Deeds show that on May 9, 1850 he bought the southern 95 acres farm on lot 539 from his father-in law, Johannes Bellinger Deitz for the sum of five thousand and six hundred dollars.

Robert was married on September 5, 1833 to Anna Barbara Dietz of Switzkill Valley. The births of their children from the family Bible are: 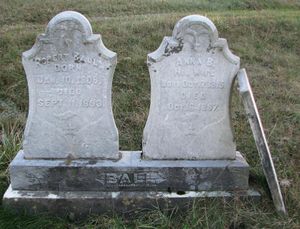 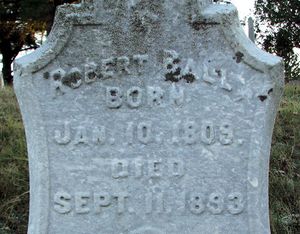 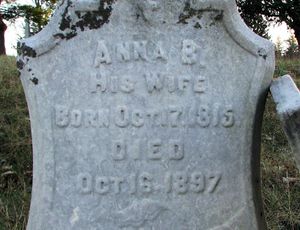 He died at home on September 11, 1893. He was buried at Berne and Beaverdam Cemetery next to his wife Anna Barbara.