Frank Rendo was born in 1894, the son of Frederick (Fred) Rendo and Mary Jane 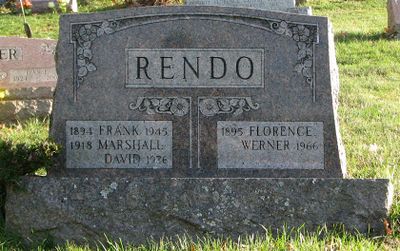