Charles died on November 13, 1891.[7] His widow, Mary, received her pension from his Civil War service. 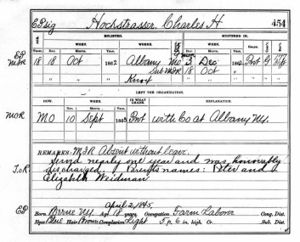