Harvey was born in Knox in 1833, a son of David Saddlemire and Jane Pitcher, and a brother to Denison Saddlemire who also served in the Civil War. 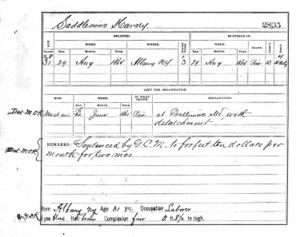