Denison was a son of David Saddlemire and Jane Partridge.[1]He was born at about 1846. His siblings were:

His name appeared in these registers as Dennison Crary Saddlemire 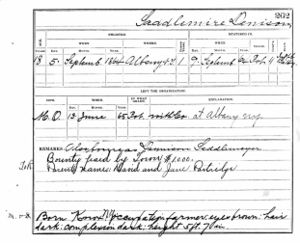 
(Note: Age is off 4 years in voter registrations.)