(Note: Greig, Lewis Co., is next to Oneida Co. where Boonville is located.) 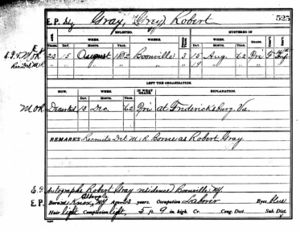 NOTE: Can't be sure of other Census information.