John was born on April 30, 1829 in Sharon, Schoharie Co., NY, the son of John Crounse and Margaret Van Aernam. 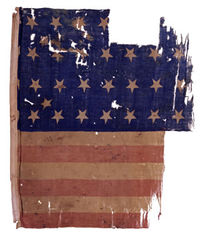 It is reported that his remains were brought back to his family and that he was buried in the family plot at Slate Hill Cemetery in Sharon,but no marker exists there for him.