Francis Courtney was born in Ireland about 1826. 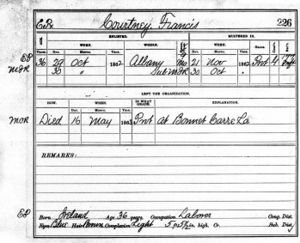