Nelson Chandler died on January 29, 1897, his place of death was not recorded on the CW Pension Index. News reports indicate he died in Knox. 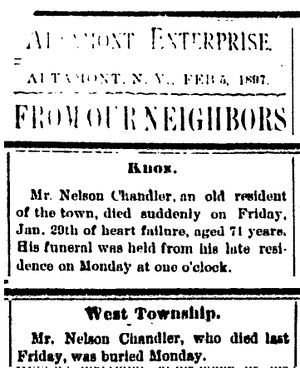 Mr. Nelson Chandler, an old resident of the town, died suddenly on Friday, Jan. 29th of heart failure, aged 71 years. His funeral was held from his late residence on Monday at one o'clock. 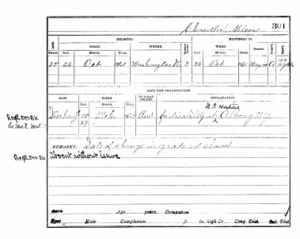 Can not find definite records. Sarah died in 1860, and Lavinia, his widow, does not show up.

Nelson Chandler lived in the City of Albany from 1860 to sometime before 1880. He appeared in the 1890 census for Knox, but was not a hilltown soldier.