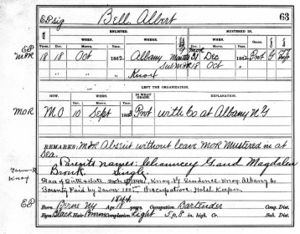 Albert Bell is mentioned in the 1863 Diaries of George H. Warner