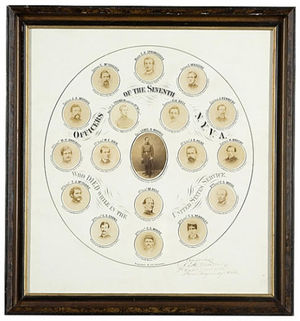 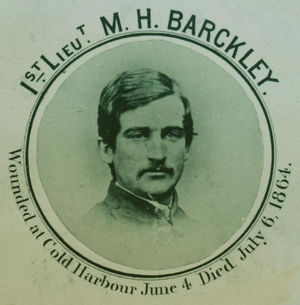 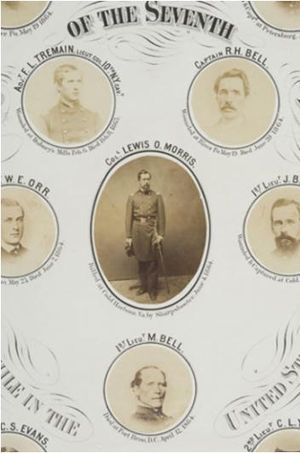 M. H. Barckley was included in this collection of photos of follow officers. Below is a detailed description.

The sole survivor was Capt. George H. Treadwell, Co. M (discharged 12/10/ 64), the officer who honored his deceased pards with this memorial. The 7th NYHA was one of the garrison regiments withdrawn from the Washington Defenses and assigned to Barlow’s Division, 2nd Corps, Army of the Potomac as infantry reinforcements for Grant’s summer campaign. As a body of troops, the `heavies` sustained appalling casualties, sacrificed to the all out war of attrition designed intentionally to wear down Lee. Seeing active campaigning only during the last 10 month’s of the war, the 7th NYHA lost 14 officers and 277 enlisted men killed or mortally wounded in battle, earning the statistical distinction of being number three on Fox’s Regimental Losses list.