He was a farmer. 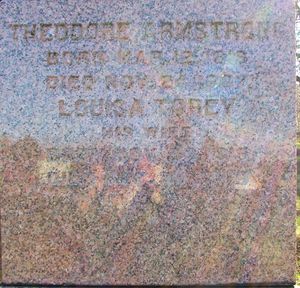 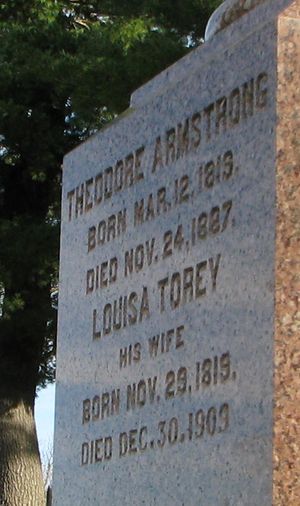 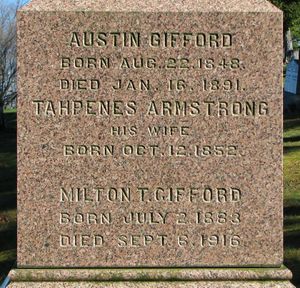 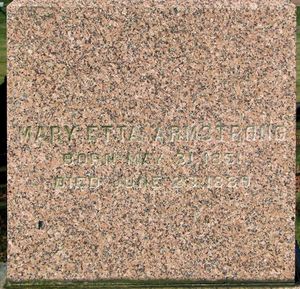 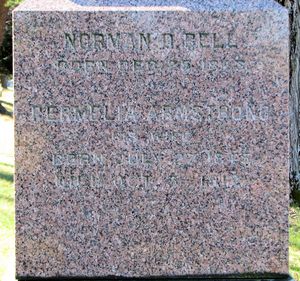 Theodore died in Knox on November 24, 1887, and is buried in Knox Cemetery.

—The will of Theodore Armstrong, late of the town of Knox, was presented to Surrogate Woods this week to be proven. It bequeaths to his wife, Louisa, all his real estate for her own use and benefit in lieu of dower, to his son-in-law, Norman Bell, $1,300, to take a note for that amount from Norman Bell, the executrix to endorse the same as paid upon a mortgage held by him against the said Norman Bell for $4,000; to his daughter, Marietta Van Auken, $1,000; to his daughter, Shipness Gifford, $1,000 such amounts to be paid by notes held by the estate against their respective husbands; to his executrices all the rest and residue of the estate in trust, the income thereof to be enjoyed by the widow during her lifetime, at her death the same to be divided among their three daughters. The widow and his daughters Pomelia are named executrices and the will was made August 27,1887.

Wednesday, Feb. 18th 1891, at 10 a. m., Tahpenes Gifford, executrix of the estate of Austin Gifford, deceased, will sell from his late residence, 4 miles west of Altamont and 1 mile north-west of the Township, a lot of farm stock and implements.

The remains of Milton T. Gifford of Schnectady, formerly of Knox, were brought here for burial on Saturday afternoon.

Mr. and Mrs. Jerome Torrey and Mr. and Mrs. W. Becker attended the funeral of Milton Gifford at Schenectady on Saturday.

Mrs. Louisa Armstrong and grandson, Milton Gifford, who have been spending the summer in the place, have returned to Schnectady.