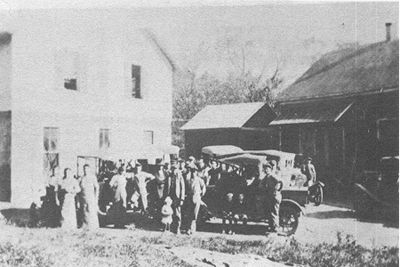 Cheeser factory and creamery, photo from People Made It Happen Here

A man named Wilbur had built a creamery in 1899. It was operated as a butter factory until 1917 when a man named Jennings bought it from Walter Wright. Wright operated it as an italian cheese factory until about 1921. Wright bought it back and it became a milk and cream shipping plant until 1927 when he then sold it to Alleva Dairy who operated it making fresh italian cheeses. It closed on March 1, 1975.[1].