Difference between revisions of "Cold Harbor" 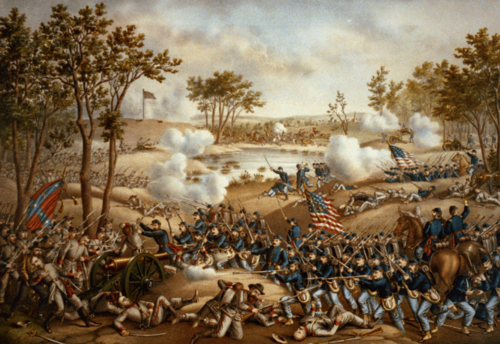 From Wikipedia, the free encyclopedia:

The Battle of Cold Harbor, the final battle of Union Lt. Gen. Ulysses S. Grant's 1864 Overland Campaign during the American Civil War, is remembered as one of American history's bloodiest, most lopsided battles. Thousands of Union soldiers were killed or wounded in a hopeless frontal assault against the fortified troops of Confederate Gen. Robert E. Lee. Grant said of the battle in his memoirs "I have always regretted that the last assault at Cold Harbor was ever made. I might say the same thing of the assault of the 22d of May, 1863, at Vicksburg. At Cold Harbor no advantage whatever was gained to compensate for the heavy loss we sustained."

We have posted a very interesting dispatch from the Knickerbocker newspaper reporting on one of the battles.