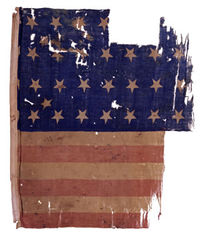 11th Light Artillery
This battery was recruited under the auspices of the Young Men’s Christian Association at Albany in October of 1861 and left the state on January 17, 1862.
The battery was honorably discharged and mustered out June 13, 1865, at Albany, having during its service lost by death, killed in action, 6 enlisted men; of wounds received in action, 2 enlisted men; of disease and other causes, 13 enlisted men; total, 21; of whom I died in the hands of the enemy.
Among those who died of disease was:

Among those who were disabled: