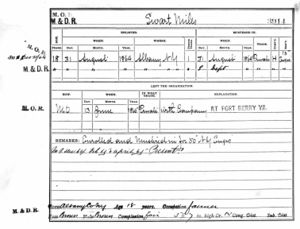 Mr. and Mrs. Elam Garrett has been spending a few days with her mother, Mrs. Miles Swart.

Elon Garrett, of New Salem and Miss Pearl Swart, of this place, were married on Wednesday, June 21, 1905, by the Rev. J. Kling of Guilderland Centre. They have been spending a few days with the bride's parents, Miles Swart and wife.

Knox
At about half past 1 on Wednesday afternoon. April 21st, the people of the village of Knox were aroused by the ringing of the academy bell and the cry of fire, and it was found that the dwelling house occupied by Miles Swart was on fire and in a short time the building was burned up. Most of the household furniture was saved. Had there been a high wind a great deal more property would have been destroyed as there were other buildings near by. The cause of the fire is unknown. Loss about $600, insured in the town company.

Knox
David Swart, an old resident of the town, died on Friday last, (April 27, 1894) aged 88 years. The funeral was held on Sunday, April 1, at 1 o'clock from the residence of his son, Miles Swart, where the deceased had lived for the last year.