When he enlisted, he made his will. 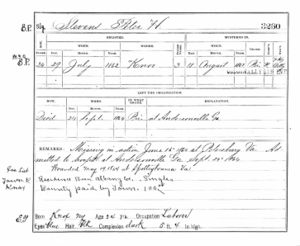 
Peter and Mary Steven's mother was Hanna Barckley, probably the daughter of Mary Barckley, and the sister of Henry P., Mathias, and Githy (Gitty) Barckley listed in this census.