From Helderberg Hilltown Biographies
(Redirected from Orville A. Merrihew)

Merrihew, Orville A.
Jump to navigation Jump to search

Prior to his enlistment, Orville was a farmer.[1]


Died in Millen Prison of Starvation and derangement 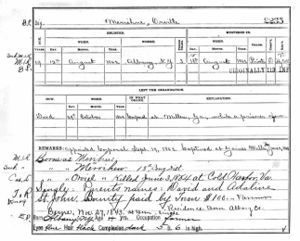