Harvey died in 1910 and was buried at the Chestnut Lawn Cemetery in New Baltimore, Greene Co., NY. Julia died in 1929 and is buried beside him. 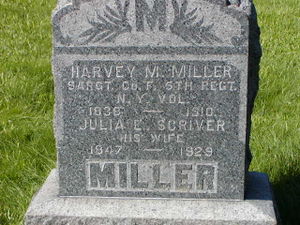