Elias worked as a farmer before he served in the Civil War.[3]

Elias' father Jacob was Lutheran and attended the Lutheran Church in Berne where he was married both times.[1] Therefore it is likely that Elias also attended this church.

Elias Hanes died on July 10, 1864 as a result of a wound to his right leg that he recieved on June 8, 1864 at Cold Harbor.[3] His leg had been amputated the same day as he was wounded.[3] He died at the hospital in Washington, DC and his remains were sent home for burial at Knox Reformed Cemetery.[3] 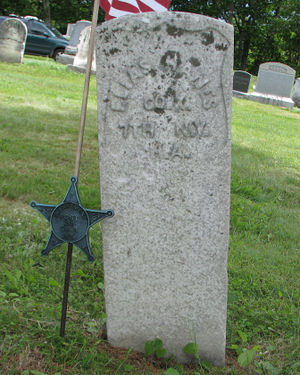 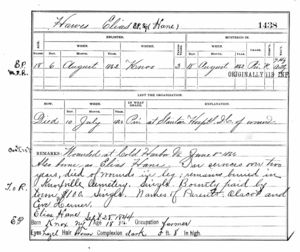