He married Mary J. Cloud at La Salle County, Illinois on December 16, 1858. They had no children.

Remarks on the 1865 census of Rensselaerville: “He was a kind and faithful officer. His death was mourned by his men and fellow officers, the Col. remarking, “I would rather have lost any officer than Lieut. Conkling.” He left a widow and two parents and was buried at Rensselaerville. 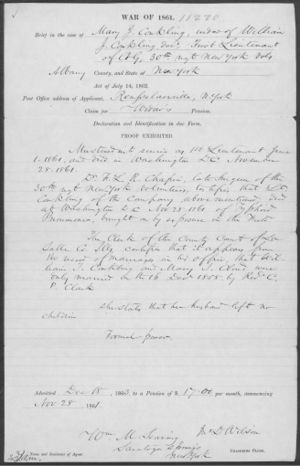